Kansas at the Azura Amphitheater in Bonner Springs on Saturday, July 16th 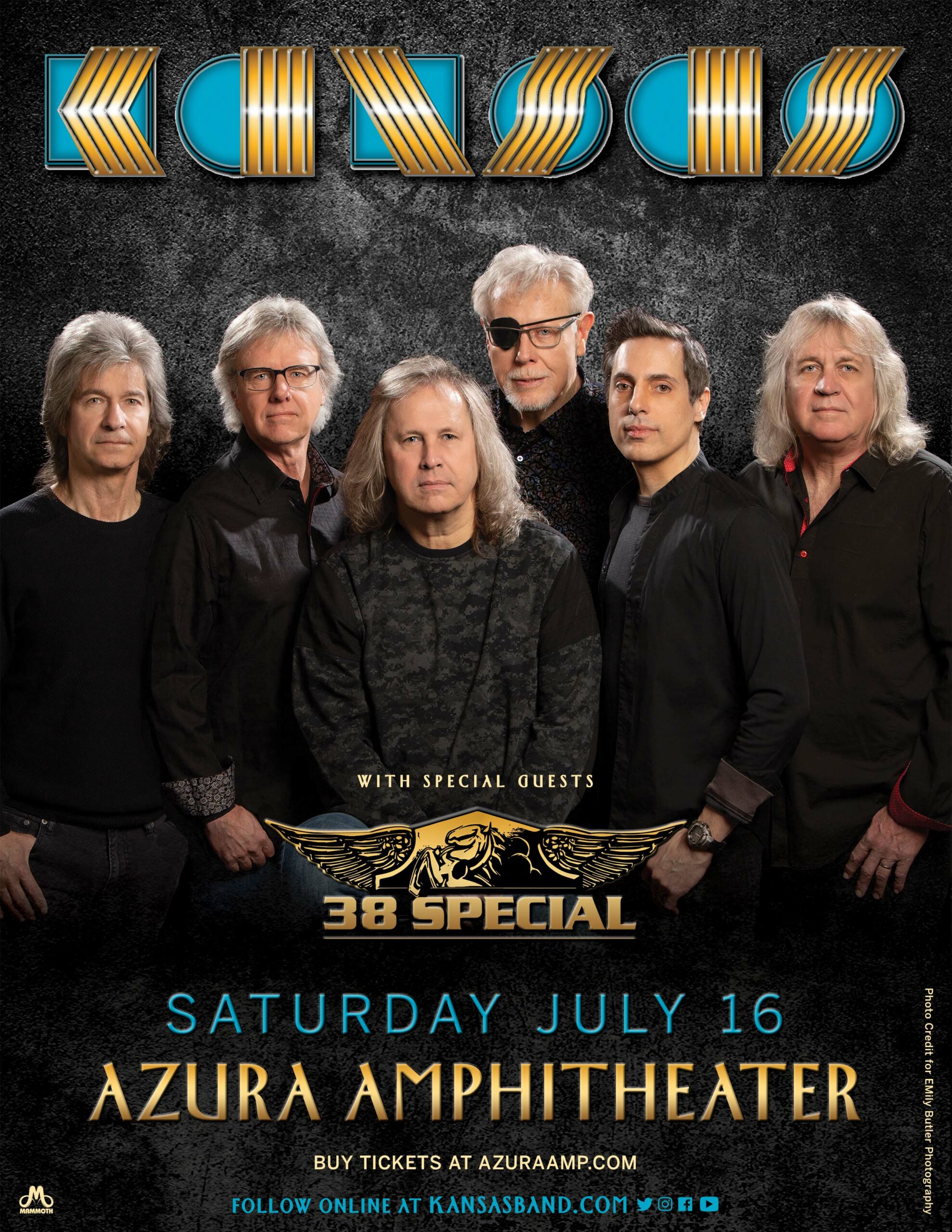 Iconic classic rock band, KANSAS is coming to the Azura Amphitheater on Saturday, July 16th! Hear their classic’s “Carry On Wayward Son”, “Dust in the Wind” and MORE! This is a show you won’t want to miss!

With a legendary career spanning more than four decades, KANSAS has firmly established itself as one of America’s iconic classic rock bands. This “garage band” from Topeka released their debut album in 1974 after being discovered by Wally Gold, who worked for Don Kirshner, and have gone on to sell more than 30 million albums worldwide.

Composing a catalogue that includes fifteen studio albums and five live albums, KANSAS has produced eight gold albums, three sextuple-Platinum albums (Leftoverture, Point of Know Return, Best of KANSAS), one platinum live album (Two for the Show), and two one million-selling gold singles, ‘Carry On Wayward Son’ and ‘Dust in the Wind.’ KANSAS appeared on the Billboard charts for over 200 weeks throughout the ‘70’s and ‘80’s and played to sold-out arenas and stadiums throughout North America, Europe and Japan. ‘Carry On Wayward Son’ continues to be one of the top five most played songs on classic rock radio, and ‘Dust In the Wind’ has been played on the radio more than three million times!

Throughout 2016-2017, the band celebrated both the release of “The Prelude Implicit” and the anniversary of breakout album “Leftoverture” with the highly successful KANSAS: Leftoverture 40th Anniversary Tour. That tour was released in 2017 as a live album, “Leftoverture Live & Beyond.”

Along with constant touring, KANSAS continues to remain a fixture of Classic Rock radio. The band has reached a whole new audience through their unmistakable presence on the popular video games Rock Band and Guitar Hero, and through their songs’ inclusion in various television shows such as ‘Supernatural,’ and ‘South Park,’ and with films ‘Old School,’ and ‘Anchorman.’